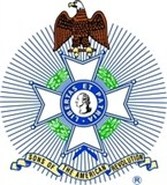 Joseph5 Breed Jr. 1738 - 1807  was born the 8th of April 1738 in Stonington, New London, Conn. He was the eldest child of Joseph and Priscilla (Avery) Breed. His father was a dedicated Christian who later became a preacher was the cause of Joseph5, Jr. moving south. Joseph4, Sr., was part of a group known as Separatists. As no exact marriage date has been found, an educated guess as to when Joseph5 married Catherine Lee is about 1762.

Children of Joseph Jr. and Catherine


"Stubs, Entries to Indents Issued in Payment of Claims Against South Carolina, Growing out of the Revolution" Book X Part 2 page 59 reads as follows:

The 23rd of June 1774 Joseph5 Breed and his wife, Catherine, were granted 150 acres on "Fair Forrest Creek," by King George III, which is now in Union County, South Carolina. Joseph5 and Catherine were in the 96th District of South Carolina, at the time of the grant.

The 15th of July 1784 Joseph Breed received a land grant from the State of Georgia for 200 acres in Wilkes County, Georgia.

On the 25th of November 1786 Joseph5 and Catherine Breed of Wilkes County, Georgia, sold 100 acres of land to Jordan Jackson of Union County, South Carolina for 15 pounds of sterling. (Union Co. SC Deeds Book B page 419).

On the 28th of December 1787 Joseph5 and Catherine Breed bought 150 acres in Washington County, Georgia, on "Middle Creek" from William and Jane Bishop. Joseph was living in Wilkes County, Georgia at this time. (Book FF Page 40).

Joseph was a member of Superior Court (Grand Jury) Warren County, Georgia for the June term of 1800.

Joseph Breed died in Warren County, Georgia, between the 27th of April and the 4th of May 1807. These dates are the dates of the writing of his Will and the date that the Will is probated. Because Catherine (Lee) Breed is not mentioned in Joseph's Will, it is assumed that she had died previous to the death of Joseph.

There is a, Daughter of the American Revolution, monument on the Courthouse Square in Warrenton, Georgia, which list the Revolutionary Soldiers, who are buried in Warren County, Georgia. Joseph5 Breed, along with, his brother-in-law, Richard Lee are on this list.

Probably because of the fact that there were crops in the field, no time was wasted in the sale of Joseph5, Jr.'s property. As previously stated Joseph5 wrote his Will the 27th of April 1807. His property was auctioned 19 days later on the 16th of May. Some of items sold were 10 acres of corn, an oats patch, and fodder. Also sold at the auction were three negro slaves, Frank, Jam and Cate. His son, William6 bought most of the land that Joseph5 owned at his death. William6 had been given a tract of land and premises that he then lived on, in Joseph's will. At the auction William bought a total of 450 acres, paying a total of $451.00. 150 acres of this land brought $353.00. More than likely, this was land under cultivation at that time. The Will, probate, inventory, and auction sale of the estate of Joseph Breed, Jr. are shown on the following pages.


In the name of God, Amen,
I Joseph Breed of Warren County & State of Georgia, being weak in body but of sound mind and memory do make, constitute, and ordain this my last will and testament. (Trusting the) care and management of my dying body to those of my children who are absent or present at the time of my deposition to be disposed of in burial at their discretion.

First of all it is my will and pleasure that all my just debts be paid as soon as circumstances will admit.

ITEM: It is my will and desire that the tract of land and premises whereas my son William Breed now lives be conveyed to him by my executors. It being the legacy which I give and devise unto him my said son William his heirs and assigns forever.

ITEM: To my son John a portion already given.

ITEM: To my daughter Sarah Hoff & Presilla George and to my son (Avera) Breed I give and devise cash the sum of one hundred dollars to be paid them by my executors as soon as collected out of my estate.

ITEM: To my daughters Nancy & Catherine Breed I give and devise each the sum of one hundred and twenty dollars to be paid them by my executors as soon as collected out of my estate.

ITEM: To my said daughters Nancy and Catherine and to my son Avera I give and devise all my house and kitchen furniture to be equally devided amoung them by my executors also to my son Avera I confirm the rights of a horse which is in his possession.

It is my will and desire that my executors whenever they think best not exceeding nine months publicly advertise and sell to the highest bidder all the rest of my property both real and personal not heretofore devised giving such credit as they may think proper not exceeding twelve months and after having paid off the legacies heretofore devised. To make an equal division of all the residues of moneys coming from the later amongst my two sons John Breed and Avera Breed and my four daughter namely Sarah Hoff, Presilla George, Nancy Breed and Catherine Breed.

I constitute and appoint my son William Breed and my son in law Richard George as executors in this my Last Will and Testament revoking, disanulling, and making void all other wills and confirming this as my last (&only) Will and Testament. In witness whereof I have hereunto set my hand and affixed my seal this 27th day of April eighteen hundred and seven. 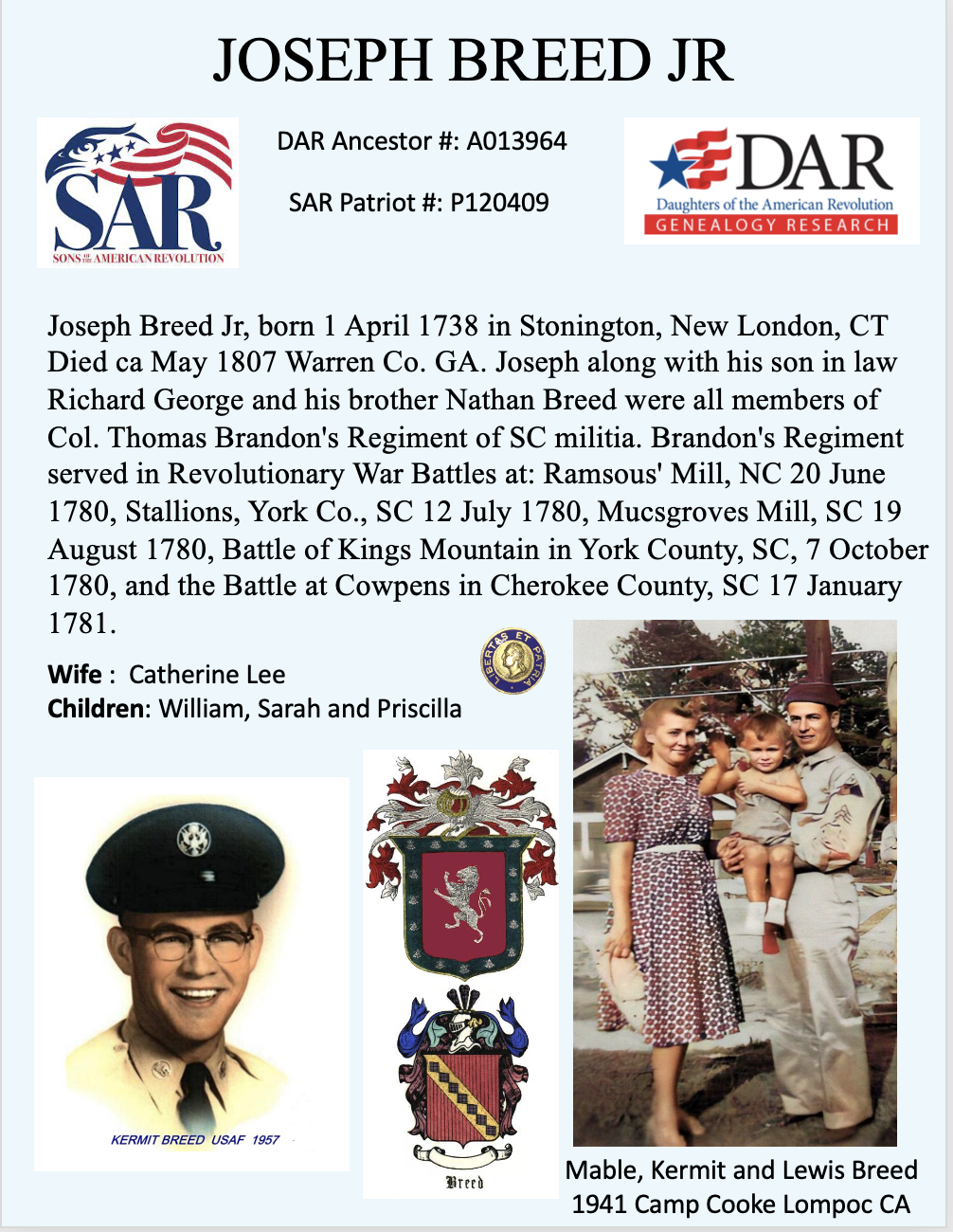 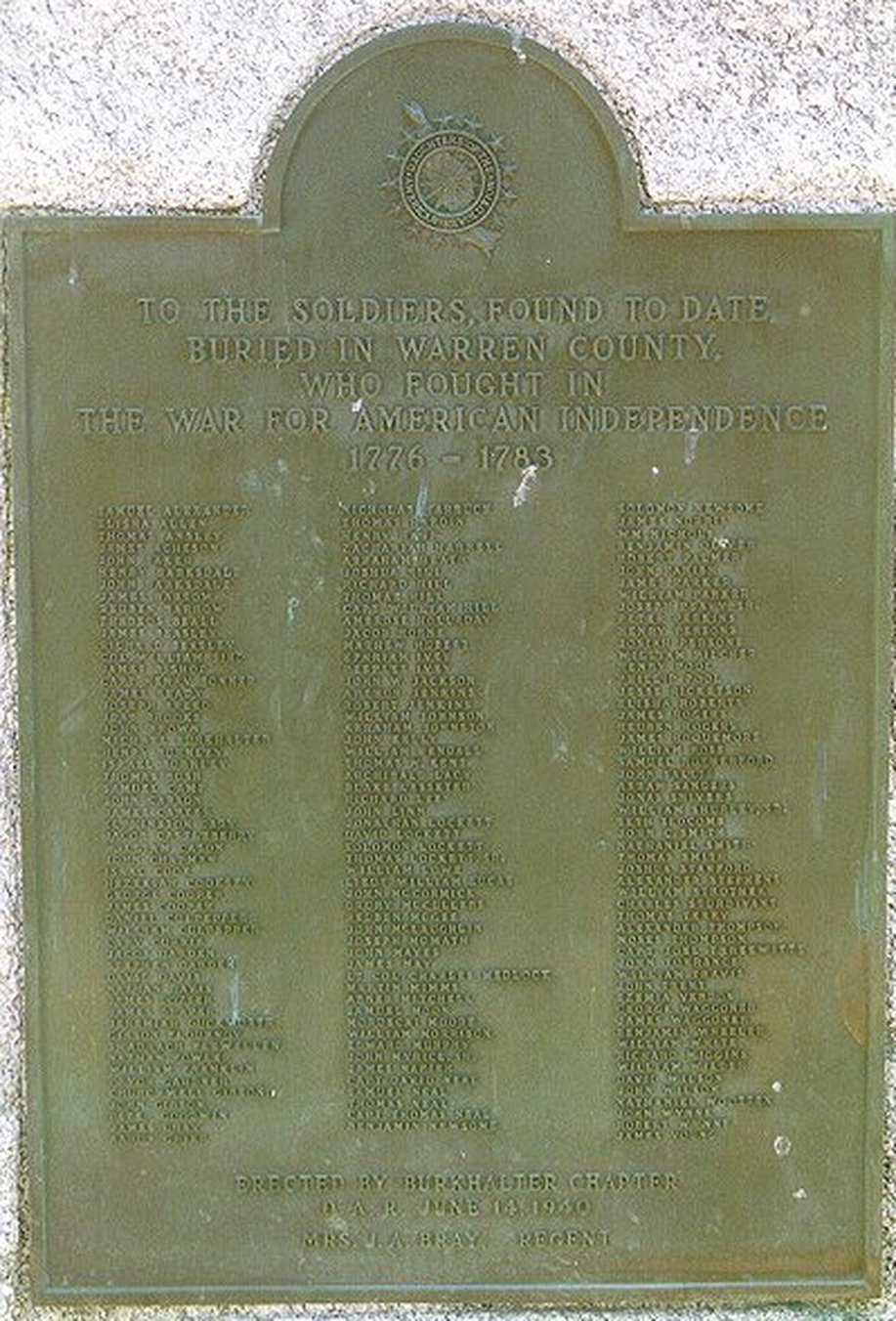 This granite marker is located on the lawn of the Warren County Courthouse in Warrenton
Georgia. Erected by Burkhalter Chapter DAR June 14, 1940 Mrs. J. A. Bray, Regent

Payments of  Claims Against South Carolina, Growing out of the Revolution.
Published by the Historical Commission of South Carolina.

A History of the First Congregational Church---by Richard A. Wheeler published 1875.

The Second or 1807 Land Lottery of Georgia.

A History of North Carolina Baptist.